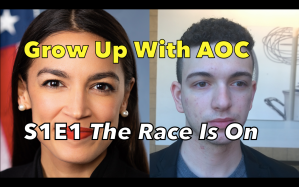 To make the Guwabelt book collection more accessible, the video series, Guwabelt for Mentors, was created. | View the video list | Watch the videos.

To get a black belt in mentoring, the first step is not to read any book but spend a dozen minutes and watch only the first four episodes in Season 1 of GUWA. This should also be the first step for your mentees, when you want to start mentoring them. | Watch the series | View its video listing

Your mentees must not be fluent in English. They can watch GUWA using subtitles (closed captions) in one of Ri4CTV subtitle languages, which includes Arabic, Bangla, Chinese, English, French, German, Japanese, Portuguese, Russian, Spanish, and Vietnamese. | Why are these selected by Ri4CTV as its subtitle languages?

In the first four episodes, you’re introduced to Charbel Hachem, a teenager of Providence, Rhode Island. December 2018 was when he first met his mentor Nickantony Quach, creator of Thumoslang. During the very first meeting, Nick was able to change Charbel’s life using only three sentences from Thumoslang. As it turns out, anyone can become a powerful mentor using Thumoslang. Its power is derived from shared understanding of terms but at the level of granularity much finer than traditionally expected. This power is demonstrated within 12 minutes by the first four videos of GUWA. | Watch the series | View its video listing