The previous page, The Story of NDBaker93, is part of this online book, The Story of Providence Haven, because Norman (Norm) D. Baker, Jairson Ascencao, and Nickantony (Nick) Quach, the three members of the NDBaker93 Core Team were all together for the first time at the first Haven event, which took place on the first day of October 2019 at Kennedy Plaza, the civic heart of Downtown Providence. In a sense, NDBaker93 would not have been possible without Providence Haven. 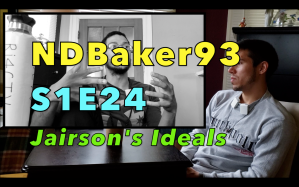 Nine days before the first Haven event, Nick filmed the video, “Quickly Sharpen the Blade of Your Mind”, which is Episode 21 of the YouTube series Thumoslang102. In the video, Jairson declares what he truly wants to become, the messenger who spreads the following ideal. You as an individual are far more powerful than you have been led to believe. Three days after the first Haven event, Norm saw the video and was impressed with Jairson’s ideal. Norm’s reaction is captured by Episode 24 in Season 1 of the YouTube series NDBaker93. | Watch the video

You as an individual are far more powerful than you have been led to believe. 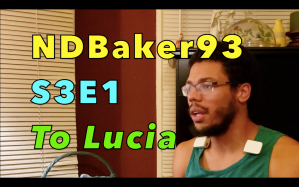 Created by Nickantony Quach, Thumoslang is the nomenclature for social life. It is first defined in the 2017 book, Thumos: Adulthood, Love & Collaboration. The nomenclature is explained by Jairson in the, Video Letter to Lucia, which is Episode 1 in Season 3 of the YouTube series NDBaker93. | Watch the video

Here is what Nick believes. To become far more powerful than you’ve been led to believe, bring more good things to the life of others. To do so, tell them the following. The good things in their life are derived from their relationships. That’s why we all should become an expert in human relationships. To become an expert in any field, you must first learn of its nomenclature. Thumoslang is the nomenclature for use in social life to achieve more consequential relationships with much less effort. To have better things in life, let Thumoslang turn you into a master of relationships and make you far more powerful than you’ve been led to believe.

Watching the YouTube series NDBaker93 on the YouTube channel Ri4CTV is how you can absorb Thumoslang by osmosis. The mission of NDBaker93 is to help you become far more powerful than you have been led to believe.

Season 1 of NDBaker93 is complete with 25 episodes. It traces the origin of Ri4CTV. | Tell me more about Season 1

As of this writing, Season 2, Season 3, and Season 4 are incomplete. Filming for them are still on going. Their first episodes have already been released or scheduled for release on Ri4CTV.

Season 5 is complete with seven episodes. It shows how the two co-hosts, who happen to be participants of Providence Haven, used Thumoslang to become far more powerful than they have been led to believe. The first five seasons set the tone for the future of the series.

This site uses Akismet to reduce spam. Learn how your comment data is processed.