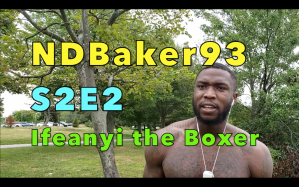 Ifeanyi Onyekaba, also known as, Ifeanyi the boxer, was 15 year old when he migrated to the United States, in 2009. Ten years later, he met Nickantony Quach in Providence, Creator of Thumoslang, in early summer 2019. This encounter is captured by the video, “Ifeanyi the Boxer”, which is Episode 2 in Season 2 of NDBaker93. In this video, Ifeanyi begins to tell the story of his life. Part of it has already been included in Episode 13 in Season 1.

Thumoslang is what made Nickantony Quach a far more powerful individual than he has been led to believe. He is its creator. He is the first to know of its power. However, he did not know how to effectively demonstrate its power until Ifeanyi met Nick the second time in late summer 2019. The meeting lasted three hours. All were captured by the six episodes in Season 1 of the video series Thumoslang101.  This series is so important to humanity that its subtitles are to be done in 87 languages. 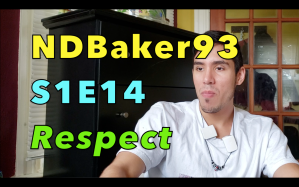 As it turned out, Thumoslang is what made Ifeanyi Onyekaba,  Norman D. Baker, and Jairson Ascencao far more powerful individuals than they have been led to believe.

The mission of our video series NDBaker93 is to tell reality stories, many of which can teach people by osmosis how to become far more powerful individuals than they have been led to believe.

This site uses Akismet to reduce spam. Learn how your comment data is processed.